TOP > Blog > Culture > A Visit to the Northern Culture Museum

A Visit to the Northern Culture Museum 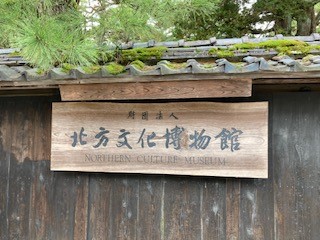 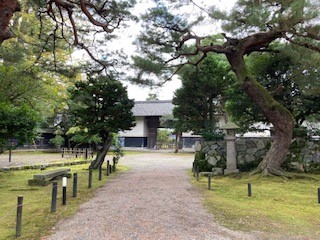 The walkway to the entrance. Note the beautiful old pine tree on the right.

About this time last year, I attended the 50th anniversary conference of the Association of Foreign Women of Japanese (AFWJ) in Tokyo. After registering, I walked around and looked at some of the memorabilia on the tables placed in the registration room. There, I found an article about Joan Itoh, the founder of AFWJ. I didn’t read the article thoroughly, but saw that she had lived in Niigata, so approached the lovely, petite 80-something and introduced myself. We chatted for quite a while and I found out that she had even taught at my present workplace, back in the days when it was a 2-year women’s college. I gave her my card and we promised to keep in touch. 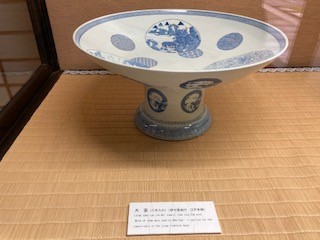 A communal sake cup. Very big! I’d like one! 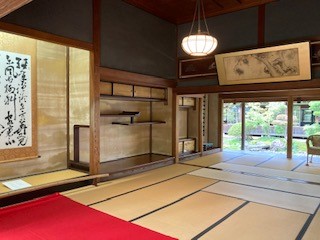 Inside one of the rooms in the main house.

It turned out that Joan was the first wife of Itoh, Bunkichi VIII, the owner of the estate now known as the Northern Culture Museum, about a 10-minute drive from my home. I emailed Joan a few days after the conference when she had returned to Canada and she told me to contact her friend Brian Satoh who worked at the museum and who would show me around. My husband and I arrived and were given the royal treatment by Brian. Not only did he let us in through the special visitors’ gate, but he also took us into rooms not open to the public. A private tour group was enjoying a show by local geisha and maiko, and my husband and I watched it and then joined the tour group for mochi-making. After that, Brian gave us tickets to the on-site soba restaurant. 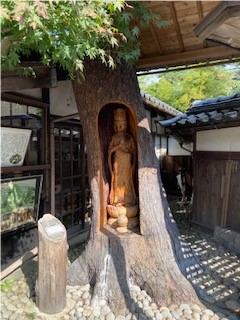 Buddha in a tree. 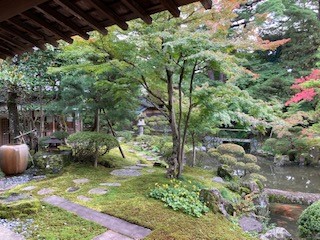 A view of the garden from the main house banquet hall.

Autumn is a wonderful time to visit the Northern Culture Museum, so today, almost one year from our first visit, my husband and I went again to walk around and enjoy the traditional buildings, beautiful gardens, and general wonderful ambiance there. At the gift shop, we tried various kinds of sake and were introduced to the museum’s own brand, which is sold only there. Apparently, 1000 bottles were put on sale in the spring and only four remained. Now, there are only three… 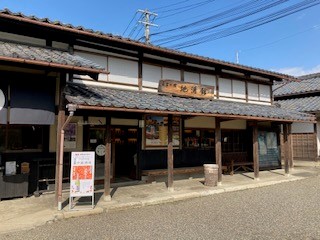 The souvenir shop where we bought the sake brewed only for the museum! 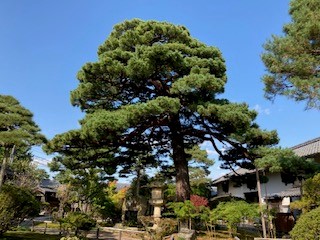 A trip to Niigata’s past for sightseers and hikers alike! 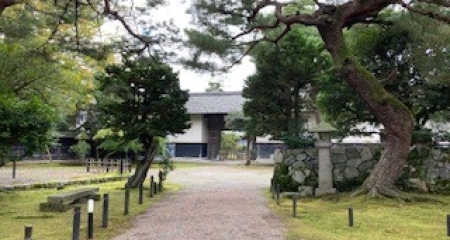