TOP > Blog > Nature > Running Through the Seasons in Niigata

Running Through the Seasons in Niigata

2020’s race cancellations were a real bummer for runners in Japan, but for some DIY athletes, the year also became one of the most memorable ever.

Last year was not an easy one. Mass panic about a virus sucked the air from our lungs pretty much at the sound of the starting gun. On top of all this, forced isolation, political polarization and depression didn’t help the big loop around the sun called 2020 to be a very fun one. 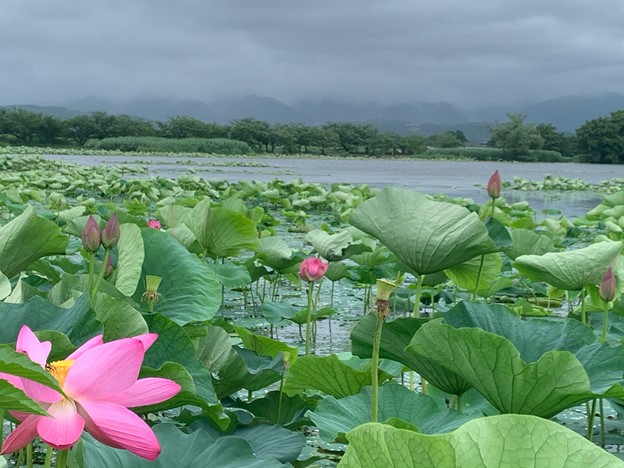 Athletes in Japan were no exception. Virtually all races were canceled. Still, not everyone took the news lying down. Niigata’s stunning natural beauty, plentiful running trails and paths, coupled with a new raw, do-it-yourself necessity for making events from scratch, yielded colorful and powerful experiences for those runners unwilling to stay confined to the couch. Here are four DIY races this author ran (sometimes with a pal) across the seasons in 2020. 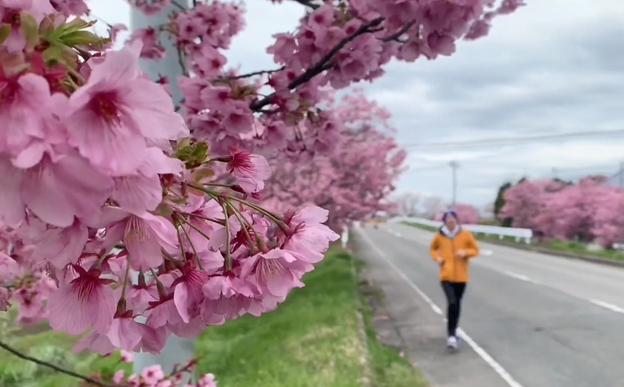 The Niigata countryside in sakura season is truly something else.

This was a charity-based 14-miler from the Niigata Prefectural Botanical Gardens in Akiha-ku, following the Shinano River into Toyanogata Park in Niigata City. There is a special road on the way specifically designated as a kind of cherry blossom drive (complete with its own colorful overhead road sign), and while planning the route as many spots with rows of sakura trees as possible were chosen. A nice dip in Niigata City’s Yuttarien (sprawling public bath, relaxation space and spa) capped off the day. 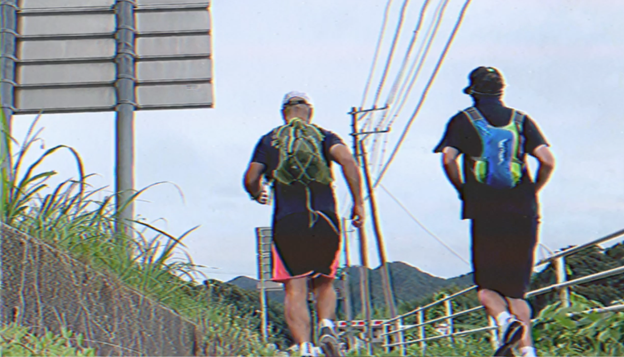 Running toward the Sasagawa Nagare on the Sea of Japan coast 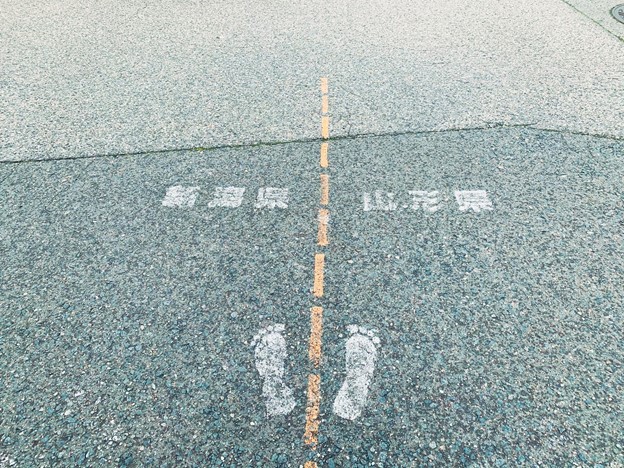 Border of Niigata and Yamagata prefectures in Nezugaseki

In July, it was time to do a 44-kilometer trek down the Sea of Japan coast, starting at the Yamagata/Niigata border in Nezugaseki. Talk about hot! Still, with the sea right at our side, and cold beer on the path, fellow gaijin Ken Pence and I were able to enjoy the breathtaking views of the famous Sasagawa Nagare coastline, and finish the course in Murakami City. It was refreshing to see so many people out and about at the sea, enjoying nature and having a great time. 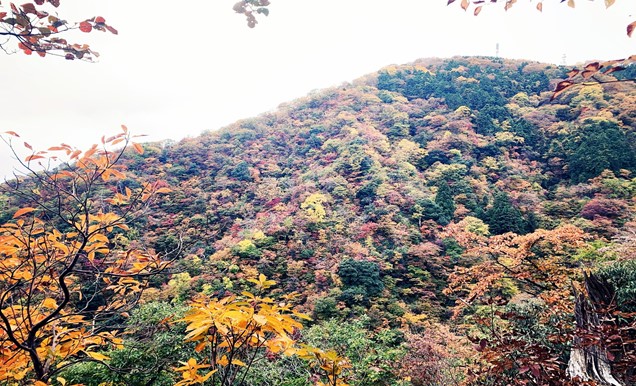 The view running up Mount Yahiko in early November

Starting once again near the prefectural botanical gardens, at the site of a historical bronze-age settlement (Furutsu Hachimanyama Site) this course climbed nearby Mt. Bodaiji, neighboring Mt. Gomadō (which features a wonderful garden and small shop at the top where you can feed wild birds directly from your hands) and then headed across the Echigo plain to Mt. Yahiko.

Up and over Yahiko, through the port town and seafood mecca of Teradomari, past the birthplace of zen monk and poet Ryōkan in Izumozaki, and all the way down to Kashiwazaki, the 61 miles (about 98k) was a beast, but a beautiful one, and well worth the pain! 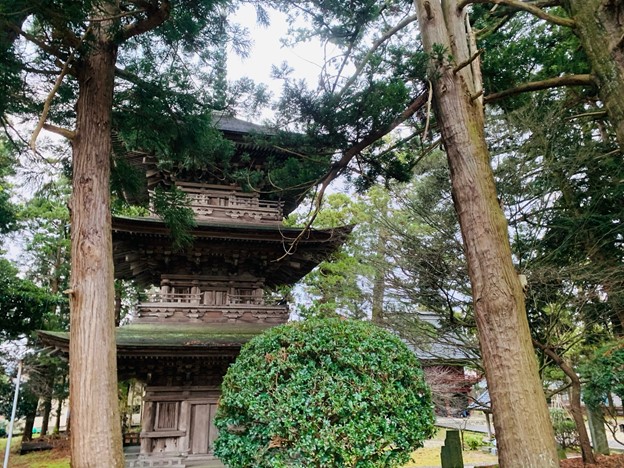 A unique pagoda can be found at Oppoji Temple in Tainai

After the new winter thwarted a plan to run down to Nagano City’s famous Zenkōji Temple (Niigata tends to get a bit of snow, and the route was blocked) I decided instead to head up to Oppoji Temple near Tainai city to pay a visit to Bashō’s memorial monument there. The famous Japanese poet is said to have paid a visit to the temple grounds in 1689, and the haiku inscribed on the circular stone memorial is beautiful:

Crossing the Agano River, winding up through rice fields to Suibara and seeing the geese and swans flying and hunting for food, was wonderful. After Oppoji I headed to the cold winter seaside, working back towards Niigata City, then cutting inland to finish in Shibata. This last part of the 56-mile (90k) run was cold, wet, and completely unforgiving. But hey, par for the winter course in old Echigo, as all seasoned Niigatans know. 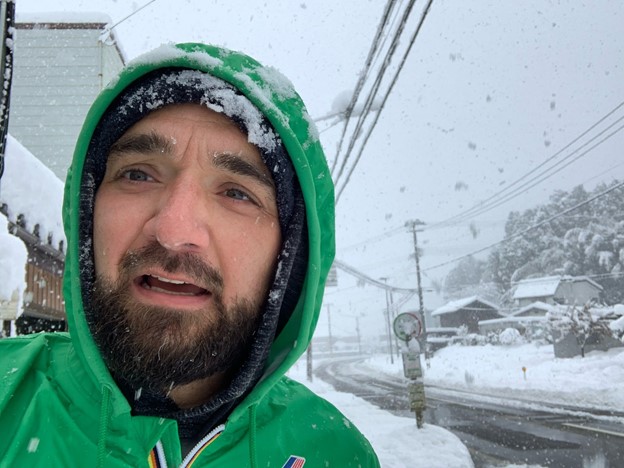 By any estimate, it looks as though the stress of 2020 is just going to keep compounding in 2021. Nature just keeps doing her thing, however, and out on the trails the people are a little less afraid and more friendly. So if you’re feeling frazzled, why not take that negative energy, put it in your combustion engine, and head out for a run. Keep the immune system robust, and stay healthy. Meet other humans out there. It doesn’t matter how fast you are, or how far you go, as long as it’s your own thing. In this crazy, hysteria-filled world right now, it’s one thing we can control. Niigata’s great outdoors are waiting!

Feel free to follow me along my runs here on TikTok or get in contact if you’d like to participate in any of the small DIY runs I organize: voluntaryjapan@protonmail.com 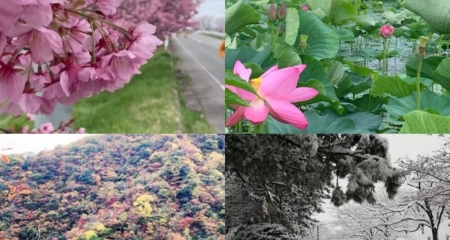