【Exploring Sado Island】Onidaiko – the rhythm of the past 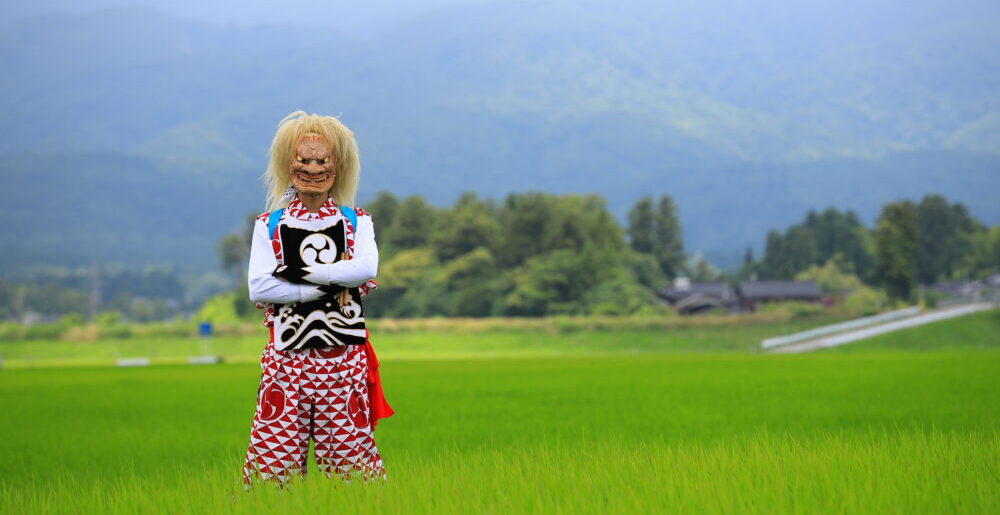 The Japanese word “oni” roughly translates in English to demon or ogre. Centuries of religious conditioning, create an image of an evil entity. However, that doesn`t do the notion of Oni on Sado Island justice.

On Sado, they are seen as friendly deities that ward off evil by dancing and playing the taiko drum. This is called “Onidaiko” (masked deity drum dance) – or “Ondeko” in the local dialect. 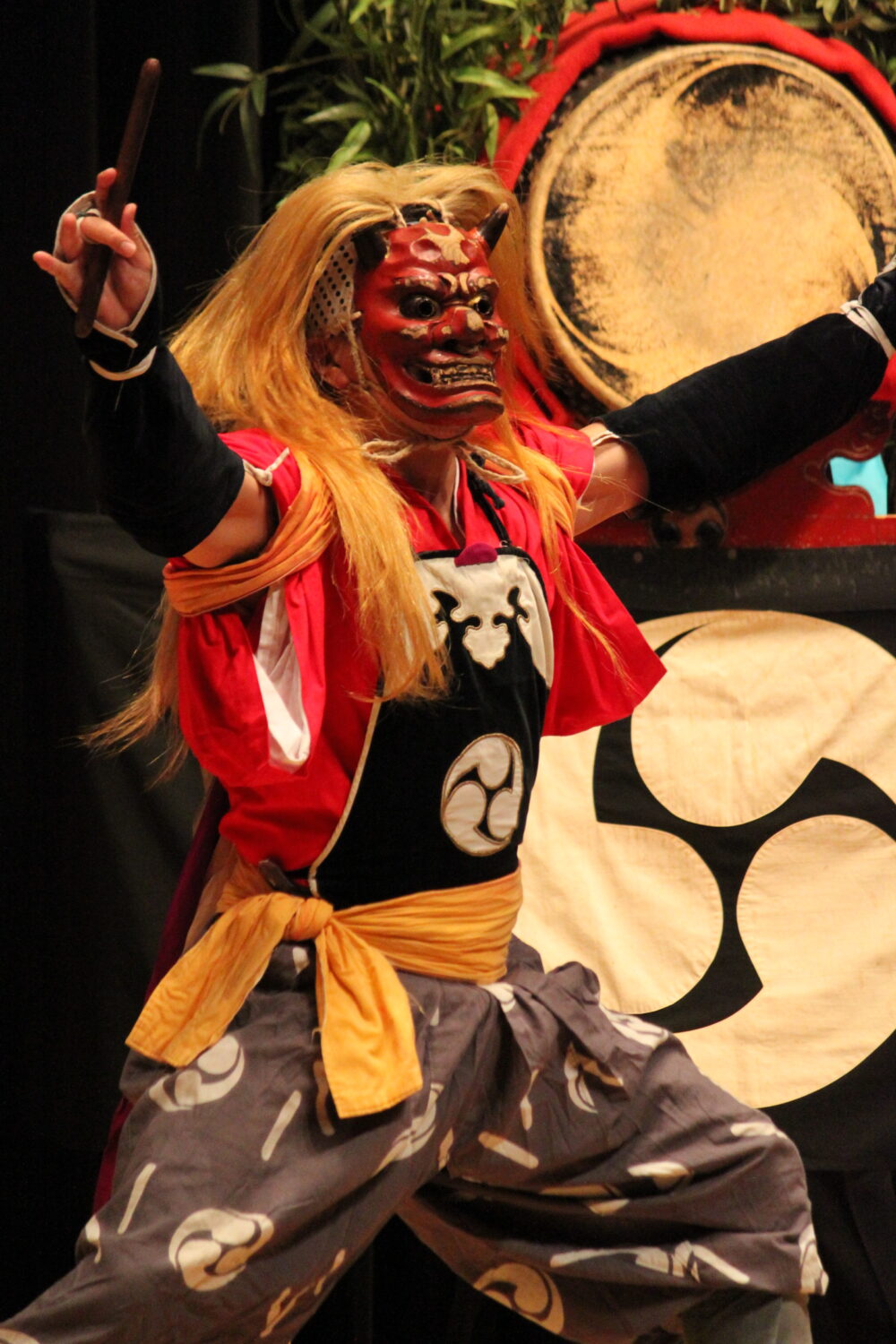 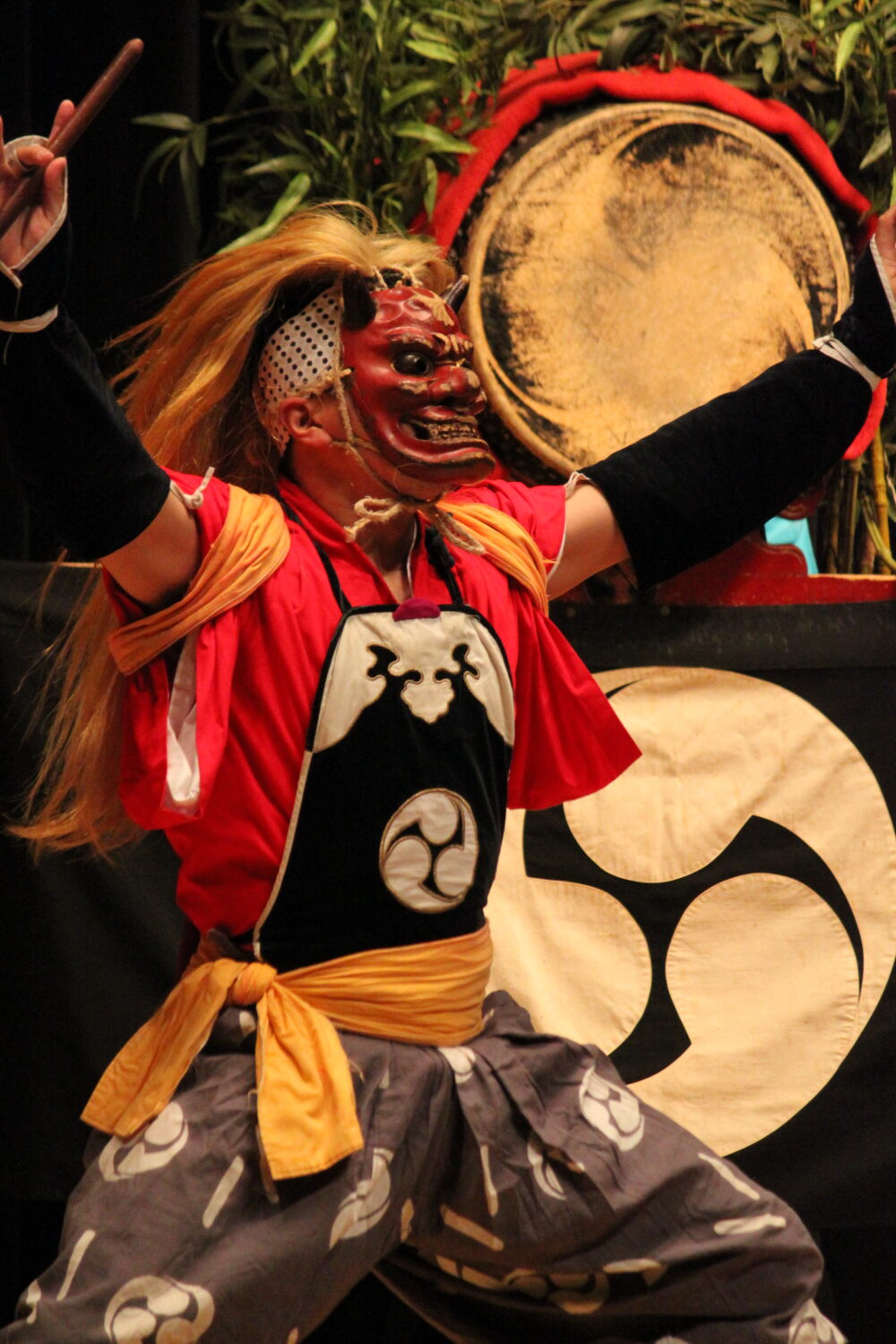 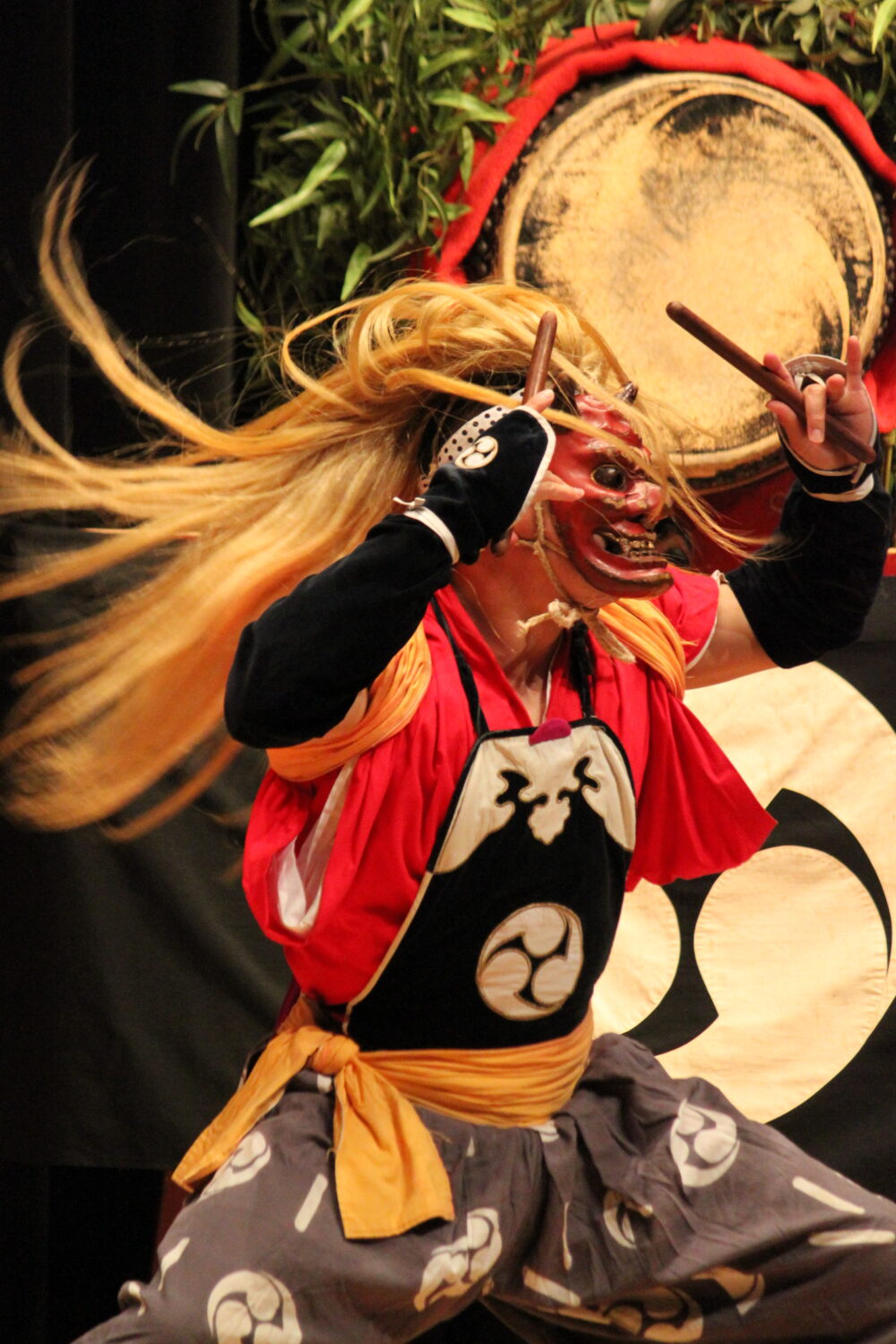 It is unknown when the tradition of Onidaiko started on Sado Island. The oldest known record of Onidaiko is an illustration of the Aikawa Festival that dates back to around 1744. Onidaiko is very often performed at local temple and shrine festivals especially around April (before rice planting season) and September (before harvesting season) to pray for abundant crop and give thanks for the harvest.

Though not official events, you may happen to run into an Onidaiko performance during a stroll through the streets “off-season”, as well, when they perform “Kadozuke” within their community, going from door to door to cleanse every household from harmful energy. The Oni dances to the rhythm of the taiko drum, then enters the house, taking all the bad energy upon himself. When it comes out again, the Oni brushes off the bad energy sticking to its hair and body with drum sticks while dancing and drums it into the taiko. Afterwards, the drum needs to be taken to the village`s shrine or temple to have it ritually purified.

Sado’s Onidaiko can be divided into five different styles based on the characteristics of their dancing, drum rhythm, costumes, and props.

The most common is the “Katagami-style” that is practiced mainly in the center of the island. This style is thought to have been influenced by Noh, since the tempo is generally slower and the Oni dance using “Suriashi” (sliding steps), a move distinctive of Noh. Occasionally, “Shishi” (lions) would join in the performance. 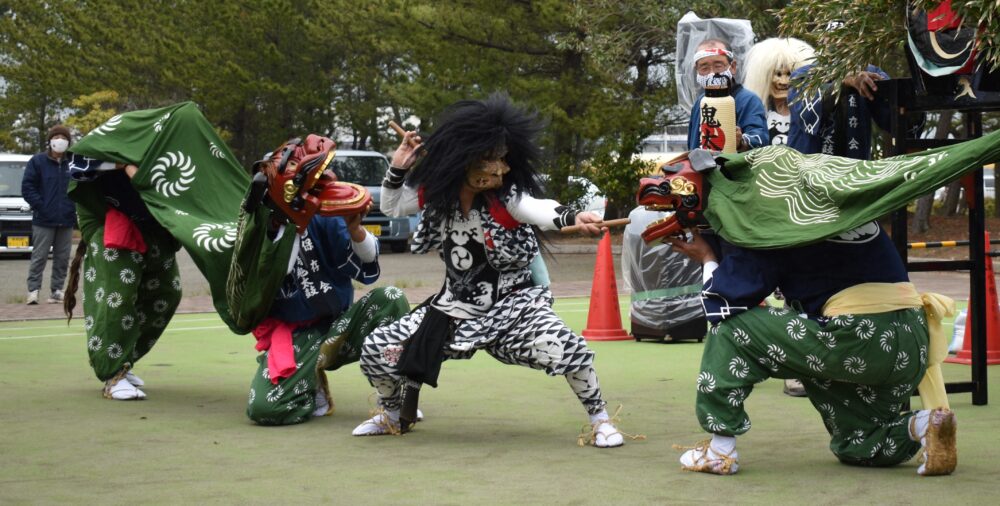 The “Mamemaki-style” is from Aikawa where the Gold Mine is. Here, an old man dances around the Oni, scattering beans, while the Oni, carrying long swords, just remain standing still for the most part. 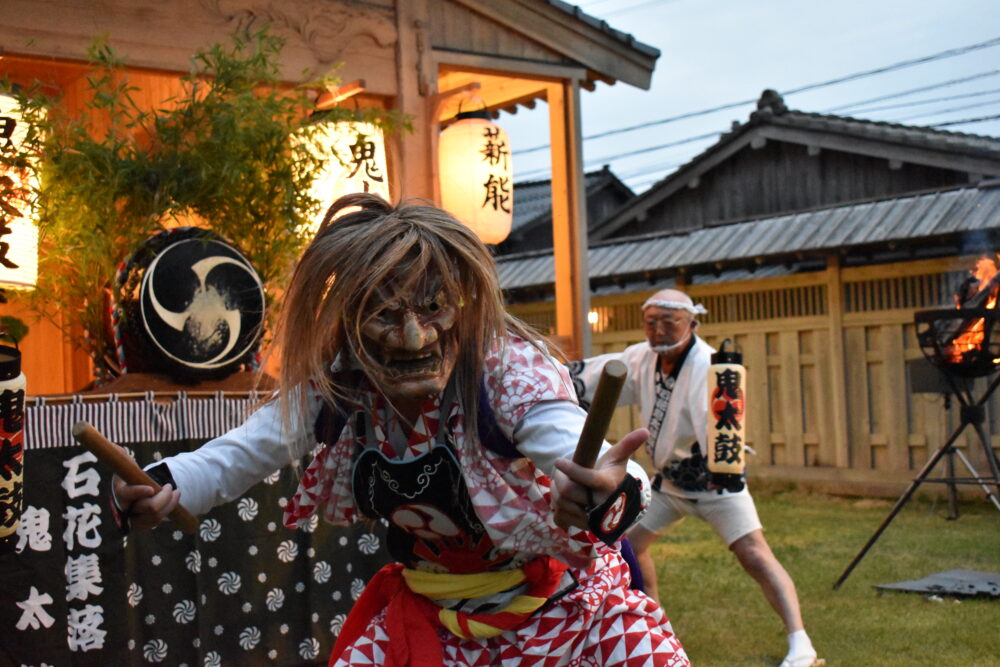 Around the middle of the southern coastline, they perform in the “Maehama-style”. Two Oni dance together, sometimes joined by a person clad in yellow directing them. Also, a flute often accompanies the drum. 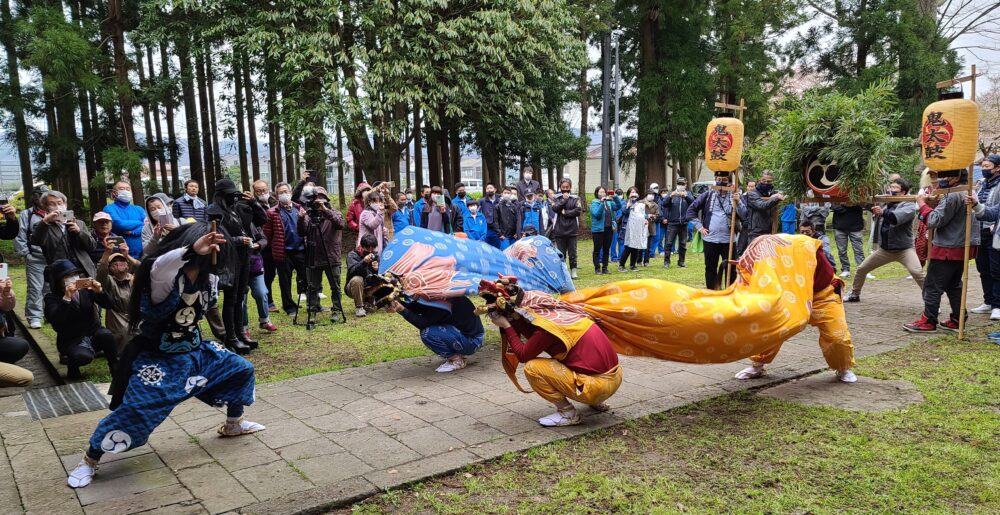 The “Issoku-style” can be found in Ogi area and is characterized by the Oni jumping on one foot while playing the drum. Usually, Onidaiko is performed wearing a mask, but in this style, they sometimes dance bare-faced. 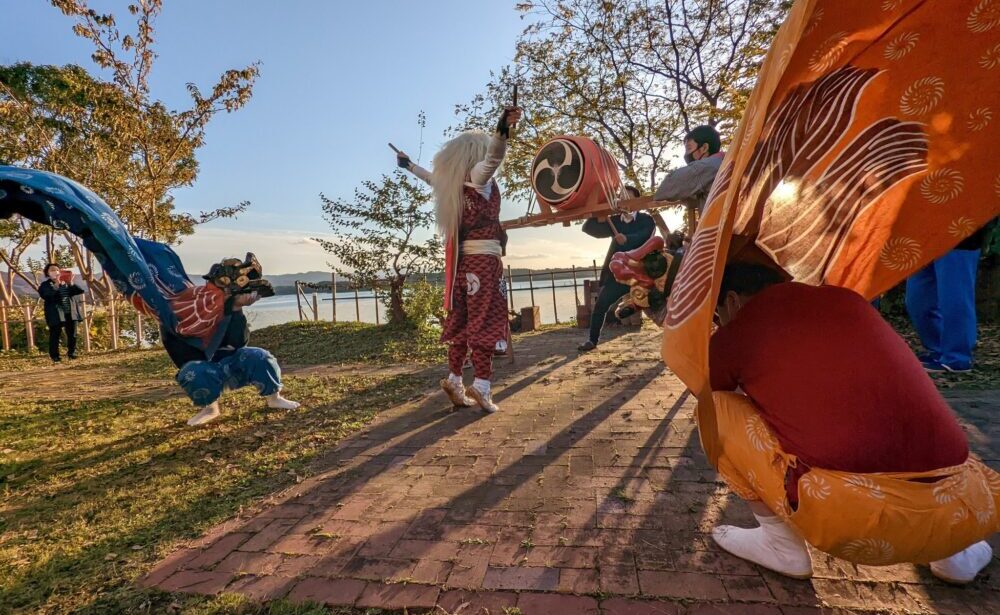 The rarest style is the “Hanagasa-style”, performed only in two villages on the south-eastern tip of the island. The Oni are just a part of a larger performance that includes a lion dance and a folk song performance. 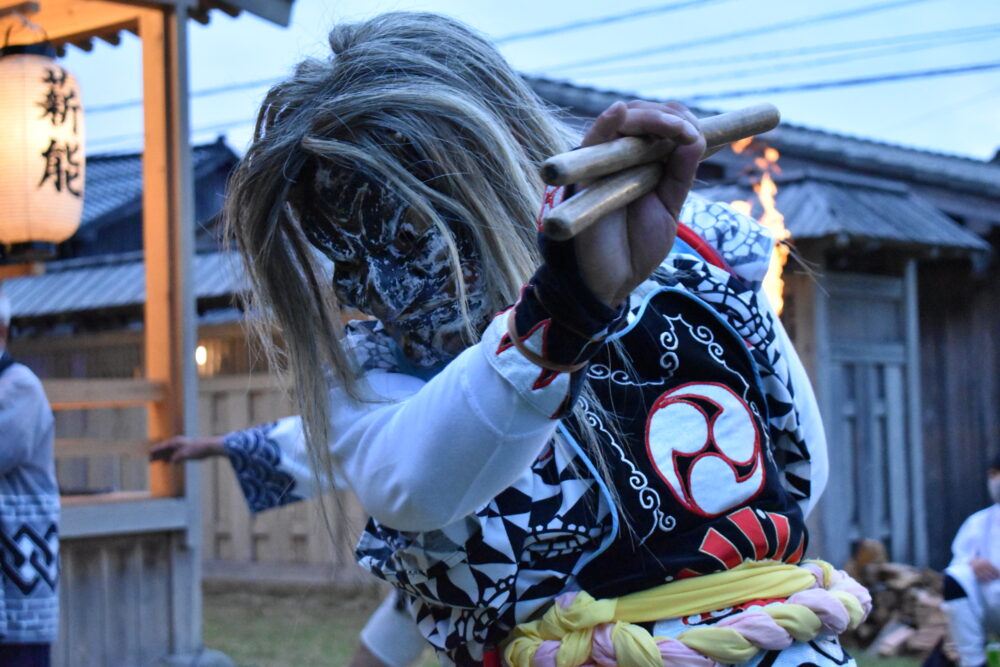 Although this categorization into five styles exists, there is no Onidaiko similar to another among the approximately 120 villages with an Onidaiko group and the tradition is passed on only orally. The event “Ondeko Dot-com”, held annually in May, presents a great opportunity to see many different Onidaiko troupe`s performances in one venue. 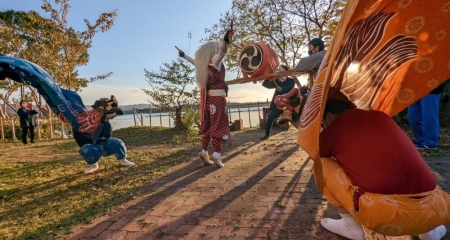