The Charm of Niigata

I’m writing about the city of Niigata itself in this article. I’ve already mentioned a few things about it, such as its food, and I briefly mentioned its people as being in a city with a touch of rural hospitality. But there’s much more than just the food and people to bring you to the city.

Niigata is right on the coast of the Sea of Japan, so during the summer you will find many people at the various beaches nearby. Some of these beaches have BBQ facilities available, so people will be roasting meats, vegetables and fish, while drinking modest amounts of beer during the day. Nighttime, you can see a beautiful sunset as the sun lowers itself into the waters of the sea, and stroll along the many paths near the beach, enjoying the sea breeze and holding hands with your other half.

If the outdoors is too hot or just not your thing, you can go to the top of Toki Messe or Next 21, which have many restaurants and sitting/viewing areas which will allow you to take on a beautiful view of the city with the mountains in the background to the east, or the sea and the sunset to the west. At night, you’ll be able to see the lights of the various fishing vessels out catching squid, which is attracted to light.

The city itself has various attractions and festivals to keep you busy. There’s the drinking area in front of the station where you’ll find various pubs, restaurants, stands and bars, with many people stumbling from one place to another.

A little ways up, near the river, you can check out the old business district of Furumachi. Historically, this was once similar to Venice with canals, making it easier for goods to travel to the warehouses and other establishments, traversed it. These, unfortunately, have all been filled in, with only the names of the streets (such as west canal street), indicating its watery past. In this area you will also find a couple of famous geisha establishments. These places are usually exclusive, but at certain times, the public can enter them. It’s said that Niigata is  the 2nd or 3rd best place in the country for geisha after Kyoto (of course #1) and Kanazawa (debatably #2). There are also many various buildings in the area built with the old architecture of 100 years ago, when Japan did a beautiful job blending the styles of Western Europe with the Asian. This area also has various museums and attractions, such as Marinpia (marine pier), which showcases the marine life in the area, as well as having an interactive area for kids to play and explore. It even has a dolphin show, with shows 3 or 4 times a day.

Furumachi also still has various outdoor markets selling produce, handmade goods, and various other things. There are various food, beer, and other festivals located in the area, throughout the year. The area where these markets and festivals are held, are located in covered arcades, so even when it’s raining, you can do your shopping and enjoy the festivals without getting wet.

One world famous event that needs to be mentioned is Sake no Jin, held in March. This is more of a sake exhibition with numerous sake companies, big and small, showcasing their wares. Previously for about $30.00, you would get a traditional sake cup and a bottle of water to clean your cup. With this cup, you could go from display to display and try out the various sake, ume chu, and other traditional alcoholic beverages. Needless to say, it’s a popular event and very lively and crowded. If you don’t like crowds, you can lie out a blanket in a corner, buy a bottle, and enjoy the party with your own group. Next year, the system may change, so please check out the Sake no Jin site for more up to date information if you plan to come in March.

I’ve listed a few of the numerous things you can do in this city. There are many other places and things to do such as the Niigata dance festival (August), riverside events, craft beer festivals, and more. Near the city you will also find various places such as Sado Island, skiing in the mountains, numerous spas and hot springs, Yahiko Shrine, and various others. The best thing to do would be for you to come and explore the place for yourself. You will definitely enjoy the time spent here. 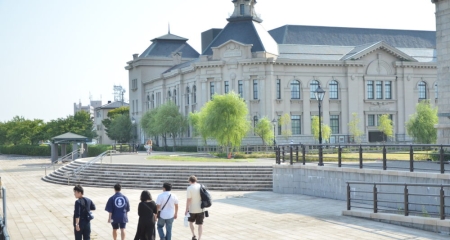